French luxury label Celine was founded by Céline Vipiana and her husband Richard in 1945 as a made-to-measure children’s shoe boutique. A decade later, through the success of the boutique, Vipiana branched out into ready-to-wear, with the goal to deliver fashion to the everyday woman. Her designs advocated for practicality over frivolity, and by the '70s, Celine had gone international. In 1987, the brand became a part of the LVMH group. Vipiana remained the designer of Celine until her death in 1997, and was succeeded by Michael Kors until 2004. With an uncertain future, Celine fell under the radar, but then came Phoebe Philo, who cleaned up the brand and made it relevant when she picked up the reins in 2008. She gave Celine a sense of contemporary minimalism with her chic take on Viapiana's original aesthetic. Her ten-year tenure at Celine empowered women, and launched movements like the Stan Smith white sneaker trend. She created clothing that was wearable and sophisticated but never boring – a uniform for the modern, worldly woman.

In 2018, Philo stepped down as Creative Director and Hedi Slimane took her place, bringing with him his rock 'n' roll aesthetic that favoured skinny models and short dresses. In usual Hedi Slimane fashion, he wiped the slate clean by changing the Celine logo and rebooting the brand's Instagram account. The new Celine was reminiscent of Slimane's work at Saint Laurent, and it introduced a new form of power dressing, far different from that of Philo's. The change was met with much backlash from Celine's loyal fans, but with Slimane having proved that his designs have the ability to drive sales, we'll be waiting to see if Slimane's new vision for Celine can stand the test of time.

The Trapeze, Classic, Luggage and Cabas bags are just some of Celine's iconic styles that were created by Phoebe Philo, and have become even more covetable since the designer's departure. Hedi Slimane kicked off his new chapter with Celine by designing a new bag, the 16. It was soon seen on Lady Gaga, the first celebrity to wear Slimane's new Celine designs, and went viral even before Slimane debuted anything on the runway. Slimane has also taken inspiration from Celine's archives, such as when he launched the C bag, a boxy shoulder bag with a C monogram on the clasp, in Spring 2019. 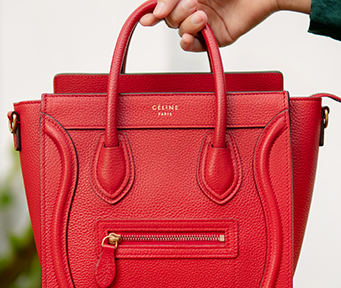 For #oldceline bags, the exterior Céline logo should have a right-pointing accent above the first “e,” and “Paris” printed beneath. The font should not look thick and blurry, nor thin and faint. Authentic bags will feel soft and supple, and have a slight sheen, whereas fake totes will crease and wrinkle easily, although authetic Celine bags also have the tendency to droop over time. Fake ones often have a rough, matte finish. 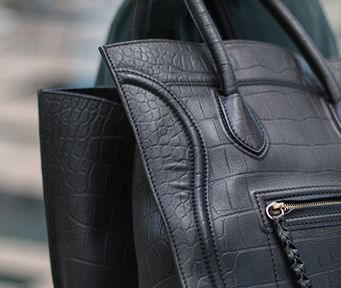 Celine does not use brand name zippers in their bags. In addition, the centre of the zip (between the zip teeth) should be curved and have a numerical marking which denotes the size of the zip. Authetic hardware also has a subtle antiquated and tarnished finish to it. For shoulder strap hardware, authentic clasps have a curved ring attached at the base of the hardware. The base should comprise of three rings with no gaps between them. 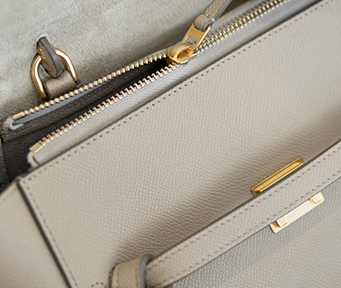 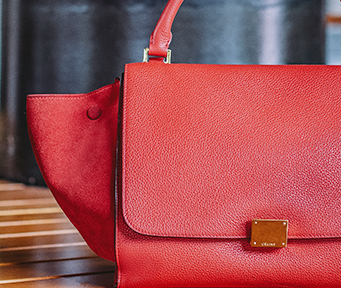 The interior label will have “Made In Italy” printed in caps to the right. Note that on different size totes, the labels will differ. Nano Luggage Totes will have the logo embossed on a leather tag. In most Céline bags, you’ll find a leather serial number tab. The embossed numbers are not unique and can be repeated. They should always follow this format: one letter, two letters, four numbers.