Founded in 1854 by Louis Vuitton, the luxury house started out as a trunk maker, and quickly evolved into a luggage empire. The signature LV monogram was designed by Vuitton's son, Georges, in 1896 as a way to brand their business. Now, it's one of the most recognisable logos in the world. Vuitton's spirit of adventure continues to live on through the brand's creations.

With Nicolas Ghesquière as Creative Director of womenswear, and Virgil Abloh leading menswear, Louis Vuitton is broadening its appeal and adapting to the ever-changing market. Ghesquière, who is known for mixing futuristic elements with art and historical references, maintains the brand's hyper chic image for womenswear. Abloh, on the other hand, has re-energised their menswear, bringing additional buzz to Louis Vuitton from the millenial market.

While Louis Vuitton will always be known for their patterned monogram bags such as the Speedy and the Neverfull, a new wave of coveted bags have emerged from the brand. The Petite Malle and the Twist are some of Ghesquière's successful creations. 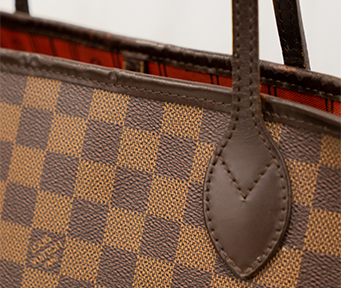 Monogram pattern should be symmetrical and stitching should be flawless. A common misconception is that an authentic monogram pattern will never be cut off or upside down, but this occurs in some of their models. Louis Vuitton uses vachetta leather for the trims on their monogram bags, which develops a darker colour as it oxidises over time. Many counterfeits use synthetic leathers, which do not age in this way. 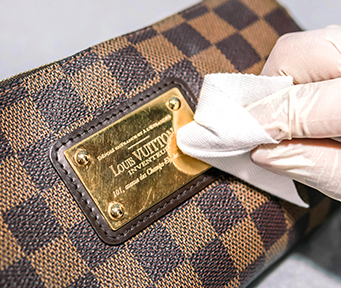 Hardware should be inscribed with the Louis Vuitton logo on the front. Louis Vuitton doesn’t use YKK or other branded zippers, so the back of authentic zippers will be blank.S-locks should be finely polished with no evidence of plating. 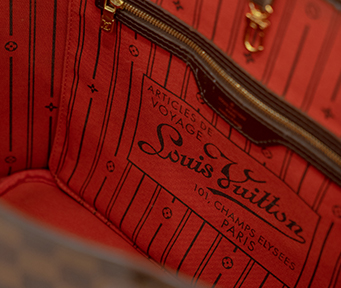 Check the lining to make sure it’s a black textile with leather trim. At the interior, the leather will be glued to a textile lining to create a seamless transition. On a wallet-on-chain, each card slot should be functional and have a base. Sometimes on counterfeits, the card slots will be slits and the cards will fall through.

Rent what you like, buy what you love, all with Style Theory! See the estimated market prices versus our resale prices of Louis Vuitton bags below.